The following image is a photograph of the Monument to Jules Verne.
It is located in a park in Amiens, France (a city north-east of Paris).

It was designed by Albert-Dominique Roze and was inaugurated May 9, 1909 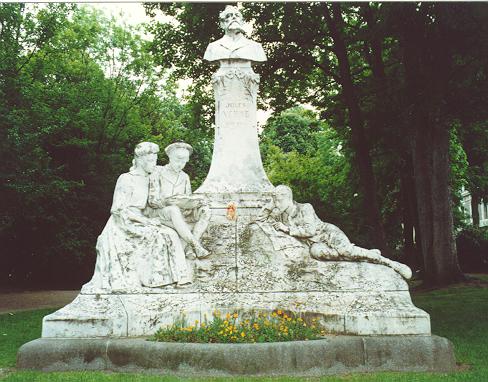 The following images are of the Monument to Jules Verne, in the town of his birth, Nantes, France.
Like in Amiens, this monument is located in a public park. 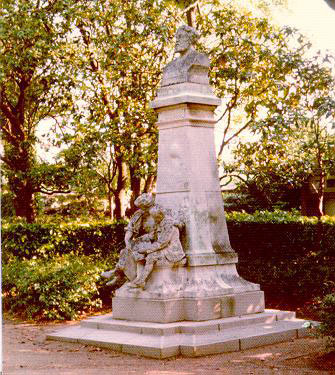 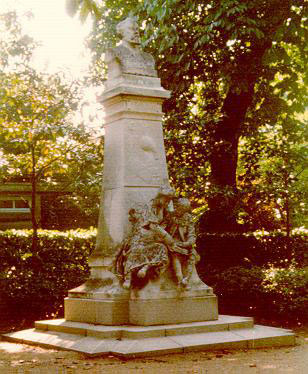 This picture shows where the monument is situated in the park. 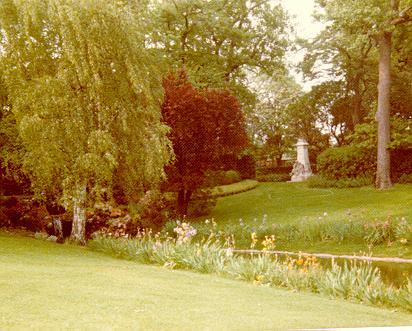 Below - Only Postcard found so far!